Thursday the 21st October was the zenith of the geek social calendar. Not only was Stephen Hawking at the Royal Albert Hall and the winner of the Royal Society Prize for Science Books announced, but it was also the official launch of the Geek Calendar.
Although the calendar has been available for pre-order since August, Thursday was the day we pushed the green button and let all systems go. And go they did. We had a wonderful amount of press coverage. More on that in another post shortly, but I have to admit, I nearly burst with excitement when I saw the calendar on the front page of the Guardian website. 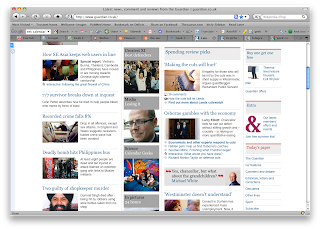 Thankfully we had a big launch party to celebrate at, hosted at the Free Word Centre, home to English PEN and Index on Censorship, two of the three organisations that run the Libel Reform campaign (the other is Sense About Science).

The dress code on our invitations said 'geek chic', which we'd put in as a kind of joke. But the geek community, being what it is, took the words to heart, and some outfits were remarkable. There were several Lois Lanes and many spectacular spectacles. One girl, Bekky Kennedy, a former Sense about Science intern, had blue fairy lights in her hair. 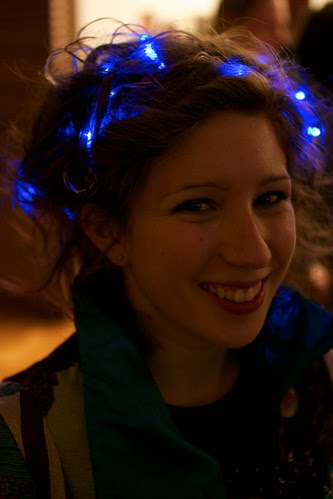 However, it was the Nature podcast crew who pulled out all the stops: Charlotte Stoddart turned up with a molecule as a hair clip and Geoff Marsh appeared to have tattoed "e = mc2" onto his knuckles, though I think it might have just been biro..... 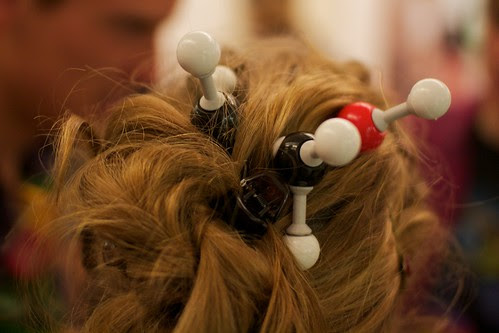 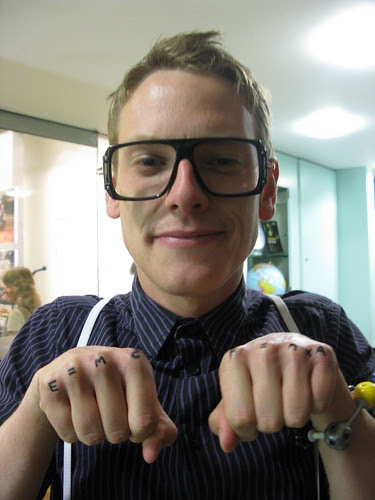 Several of our calendar geeks were there, mingling with a crowd of friends, supporters, press and competition winners. There was some amusement as each of the geeks came face to face with their larger-than-life likeness: each of the final calendar photographs had been blown up poster-size and plastered all over the walls as a photo exhibition. 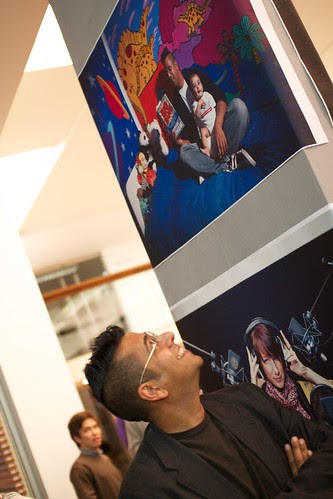 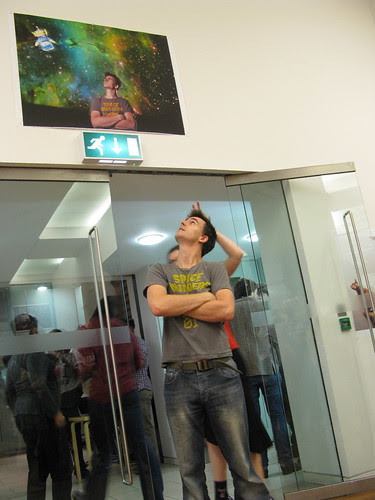 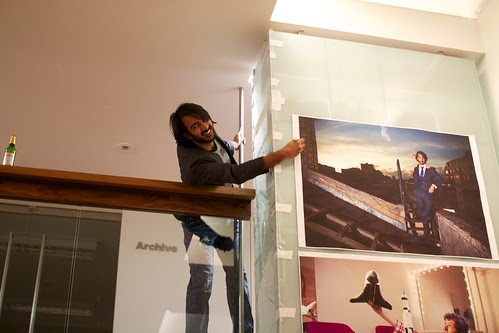 Later in the evening, Mike Harris from Index on Censorship interrupted proceedings to introduce me for my little thank you speech. I was very nervous about this, but luckily got a lot of laughs, mostly for my mocking of Drs January and April.

I then introduced Simon Singh, who explained that he wasn’t really in the calendar, the featured geek was his baby son. Hari Singh "couldn’t be at the party tonight", but had sent in a pre-recorded video message (via his mum) explaining, in smiles and gurgles, that he was very proud to be featured in such a well-produced calendar for an important cause. Sile Lane from Sense About Science then took to the stage to explain why libel reform remains important and something we need to follow through to the end.

You can hear all the speeches below. Thanks to the Pod Delusion crew for recording this:

Following that, it was time to let loose with some live music! The poptastic Spirit of Play, who provided the backing tune for our video trailer, made a special guest appearance, filling the room with such songs as 'Wave or Particle' and, of course, the song that’s become our theme tune, 'Geek of the Week'.

There were two highlights of the night: the arrival of Brian Cox and Gia Milinovich, straight from the Royal Society do. Looking fabulous (of course) they signed their poster print and hobnobbed with a slightly star-struck crowd. Watch this space for an auction of that and all our other geek-signed posters (all raising more funds for the Libel Reform campaign of course).

After the party, a very tired, but very, very happy, Team Geek Calendar retired to the pub, munching on the amazing cookies made especially for the launch party by Wendy of Quirky Cookies. Featuring agarose gels, double helices, labcoats, Higgs-Boson particles, and even our logo, they were the geekiest foodstuffs we’d ever seen, and truly the icing that topped off our cake. 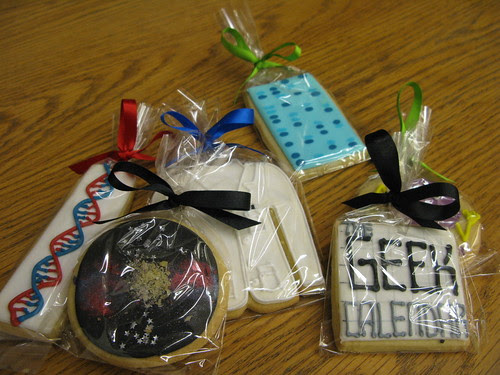 Thanks again to all who came to the party and helped us celebrate the launch of a truly geeky project. The work's not over yet though. Tell your friends (be it tweet, blog, Facebook, email or Second Life) about Geek Calendar and be sure to buy one for yourself and the other geeks in your life. All money goes to the Libel Reform campaign and the project will only truly be a success if we can raise more money, and awareness, to make libel reform happen.

More from the launch party:

Audio interviews from press on the night:

Mike Harris, from Index on Censorship, on the Pod Delusion

Gia Milinovich on the Pod Delusion

and with Jenny Rohn and Imran Khan from the Science is Vital campaign (which also had something to celebrate that week!)