Geek Calendar a project is about geeks, by geeks, in support of geeks. It's a celebration of nerdishness in all its glory. And it's raising money for a very good cause: Libel Reform.

"A charming calendar of nerdy celebrities and celebrated nerds."

All money goes to the Libel Reform campaign.

Geek Calendar showcases the UK's geek heroes in ways you will have never seen before. This is not a 'pin-up' calendar in the traditional sense (and no, they are not naked), instead it features interesting photos of intriguing people, reminding us of each person's ideas, achievements and creativity.

Some of our geeks are famous, some are not, some are scientists, some are artists. All are nerds to the core.


“Geeks are fascinated by the tiniest and yet most wonderful things. I’m a geek. I used to spot buses.”

Geek Calendar is a glossy all-colour 30-page, 14-month calendar (December 2010-January 2012). Each page features a short biography of the subject and explanation of their photo shoot.

And that's not all: alongside the traditional public holidays, the calendar also includes geek anniversaries, birthdays and key dates of geek interest, all crowd sourced from the UK geek community itself.

You can order online here. SOLD OUT!


Each calendar costs £11.75 (plus P&P) and all profits go toward the Libel Reform Campaign. The calendar lasts you until January 2012 and geekifies any room it graces. It's the perfect gift for any geek in your life (including yourself)!
Why Libel Reform?

English libel law is preventing freedom of expression, both in the UK and around the world. It imposes unnecessary and disproportionate restrictions on free speech, with chilling effect across publishing and journalism in the UK. And it's not just a case of gagging the media: as the cases of Simon Singh, Peter Wilmshurst and Ben Goldacre have shown, libel laws threaten the debate and discussion on which science and medicine are based.

Moreover, because of the way our law works, people from all over the world can sue in London, which has led to a culture of 'libel tourism'. The law serves the rich and powerful, and does not reflect the interests of a modern democratic society.

Freedom of expression is a fundamental human right yet is stifled by English libel law. The Libel Reform Campaign is dedicated to changing this. 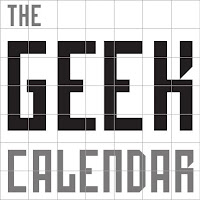