Our twelfth shoot is one of our most anticipated: the hero of the Libel Reform campaign, Simon Singh. 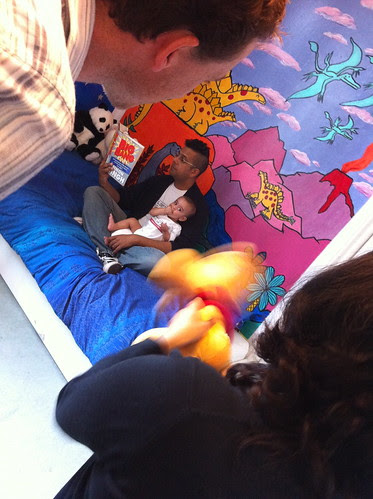 Author, journalist and TV producer, Simon is one of the UK's best known science writers, penning the likes of 'Fermat's Last Theorum', 'The Big Bang' and 'Trick or Treatment?'. His misfortune kickstarted the libel reform campaign: in getting sued by the British Chiropractic Association, he raised awareness of the UK's misguided libel laws and the widespread outrage led to a strong movement to reform it.
Simon's victory in the case gave hope for the future of free speech in the UK, one that bodes well for the next generation, including young Hari Singh. Born a month before his father's triumph, Hari is an inquisitive fellow, wide-eyed and eager to discover as much about his world as possible -- no time to keep still Daddy! 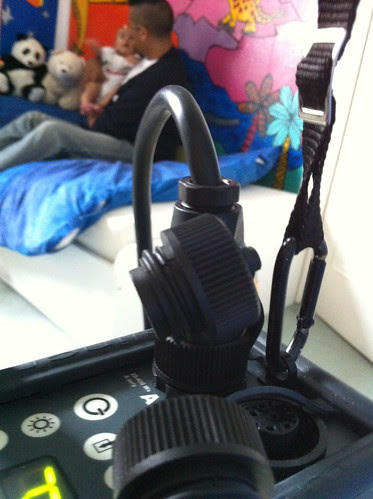 Our location was Hari's nursery in the Singh house. And what a lovely room to have. The first thing that struck us walking in was the wonderful murals on the walls, including a very topical appearance of space and dinosaurs.... 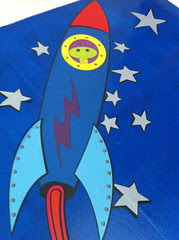 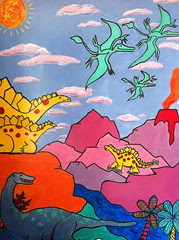 Dinos!">
The dinosaur mural was hand-painted by Hari's mother and grandmother - such a lucky boy!
It wasn't just space and dinosaurs: another had an undersea theme, followed by robots and bears, then a scene of monkeys. Being the geeks that we are, Team Geek Calendar couldn't help but speculate at the 'evolutionary' ordering of the murals, with the monkeys followed by Hari's cot, then robots, and back to space.... coincidence? 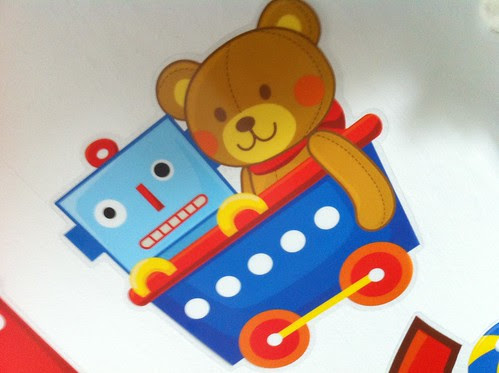 They say you should never work with animals or children, but Hari was a perfect subject, attentive and full of wonderful expressions (he has a great range, from 'fascinated' to 'distracted'). He offered few problems for Daddy, apart from trying to climb into a copy of 'The Big Bang' ("He's trying to get into the book," said Simon, "something many of my readers struggled with...")
Both father and son were decked out in the finest Libel Reform 'propaganda' -- the idea for this shoot being that libel reform safeguards the future of free speech, a future that will hopefully allow Hari, and those of his generation, the freedom to express himself like his father.
We had great fun with Hari's toys, including a zebra who does a stunning rendition of 'I Dreamed a Dream' from Les Miserables. So what did they name this zebra? Susan Boyle! 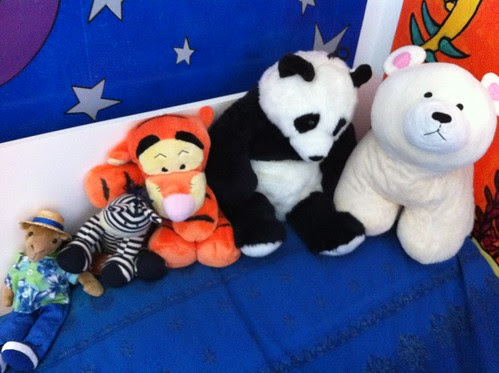 I'll leave you with with a few other photos from the shoot, including Hari's impressive reading list. As always, these and other behind-the-scenes shots are on our Flickr page. 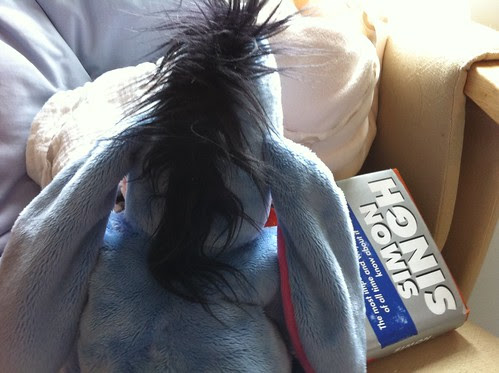 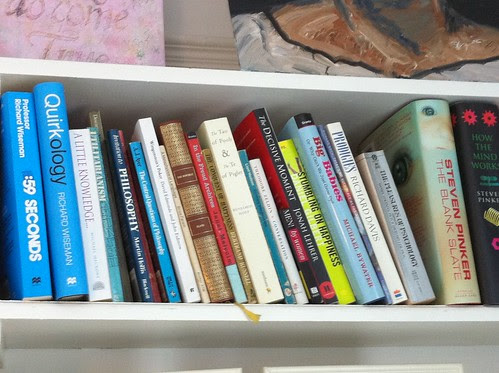 Thus our twelfth shoot was completed.

But we're not done yet! You're getting more than just 12 months for your buck, so stay tuned for the next exciting Geek Calendar shoot, and don't forget to pre-order your calendar!
Posted by Mun-Keat Looi at 11:17