Along the things we're most proud of at Geek calendar are our fantastic videos. The trailer has been viewed over 10,000 times (and not just by us!) and the Geeks on Geekiness and Geeks on Libel Reform vids were featured on the Guardian. All this was made possible by our fabulous videography unit, and we'd like to pay tribute to them with the latest in our series of posts on Team Geek Calendar.
First up, star cameraman Barry J Gibb (no relation to a certain 70s pop star...). Barry is a Multimedia Editor at the Wellcome Trust (watch his films on their YouTube channel), a former neuroscientist, author of The Rough Guide to the Brain, and a massive gamer. 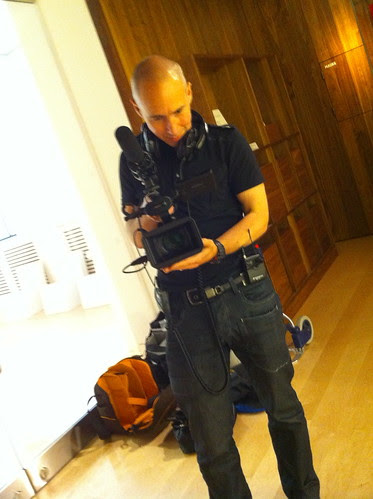 Would you call yourself a geek?

Affirmative. And in that sense I think I grew up feeling a bit abnormal. Not until I made it to university did I realise the planet was also populated by these other oddities who were obsessed by machines, biology, history, science... It was a nice moment.

Maybe it was when I made my Steve Austin (the Bionic Man) action man figure ride the programmable vehicle, Big Trak. In my mind, this was technological nirvana. It might have been the time I wrangled over my gamer tag for days (until settling on 'digitaldestiny'). It's really hard to say; I still show off how many online kills I got to my wife as she nods wryly.

Which was your most enjoyable Geek Calendar shoot?

Probably the one with Brian and Gia, though not for the reasons people might think. I tend to be entirely oblivious to fame and celebrity - as far as I was concerned this was just another shoot for my mates. That said I'm quite voyeuristic and love watching people (this does help if you're a filmmaker).
What struck me was, far away from the usual lights, cameras and fuss they must inevitably experience, were two lovely human beings with a young child and cats. And we were in their home. It was touching and a real privilege to share a slice of their 'real' lives. 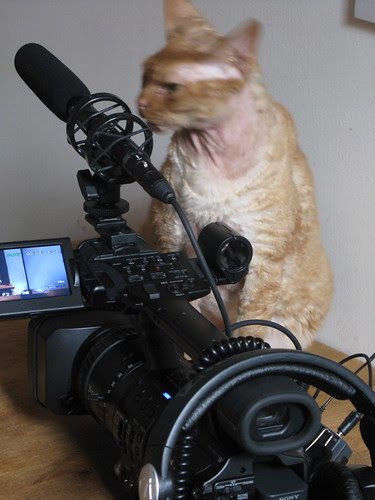 Which was the most challenging shoot?

Easy. Lewis Dartnell's. Every thing about his shoot was a challenge (which makes it a lot more fun, actually). Interview? In the taxi on the way to the observatory - rubbish audio, confined space, jiggling around...
Then we get to the observatory whereupon I felt compelled to explain to those around me (except Ben, the photographer) that cameras, like the human eye, tend to work by capturing light, a phenomenon that appeared to have escaped everyones attention as we stood in the pitch black dome. Pretty much every day I will thank the Gods for my iPhone but on that day it was vital: my entire dome shoot was lit by Louise's screen being maxed out. Oh, and I managed to get locked in!

Do you have a favourite month from the calendar?

They're all such wonderful images but if I had to pick one it would be July (Aleks Krotoski). The composition and setting are wonderful and the intensity of her personality shines. 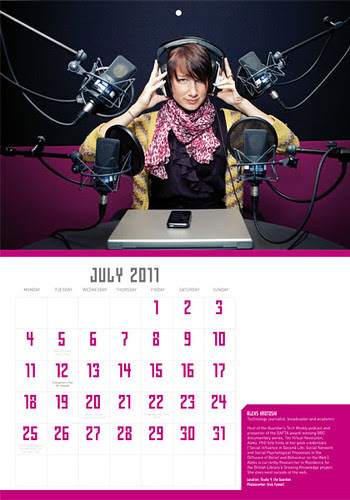 How did you get into filmmaking?

By sheer force of will. I don't believe you can do anything well unless you love it. For years I loved science at the lab bench but then I became aware of new ways of expressing this fondness for the natural world, through words and film.
I resigned, went freelance (my parents thought I'd lost it), wrote The Rough Guide to The Brain and reinvented myself as a science filmmaker. I'd been using Final Cut Pro for fun since its very first version, so it was just a question of finding people brave enough to take a punt on me and my new camera. I worked harder than I'd ever worked before, got film gigs, became known at the Sheffield Doc/Fest and never looked back.

What's a normal day in the life of a filmmaker?

A good day involves filming or editing. Everything else is a distraction. For example, I'm writing this on my iPad as I travel to Edinburgh to make a film about a very cool breakthrough involving blood. There hasn't been a chance to do a recce, so I'm walking into the unknown, as is frequently is the case. I'll show up (on time), must develop a good relationship with the interviewee in a matter of minutes, then acquire as many fabulous and relevant shots as possible to tell the story. Working with scientists is a bit like herding cats - apart from the odd few, most will happily avoid the gaze of the camera; it's my job to make them feel willing and comfortable.

The flip side of this is editing. I'll need to sit down and watch all the rushes in real time, then start building the story, the film, from scratch. I love editing - it demands level of patience I feel carries over positively into many other facets of life. I've never yet met an editor I didn't want to sit and chat with over a beer.

What's the best thing about your job?

Two things, dancing on the edge of chaos, and people. Documentary filming means knowing what you want but frequently having little idea of whether or not you'll be able to get it. I find this need to be adaptable and fast very fulfilling. You absolutely need to think on your feet and you must be able to work the camera flawlessly (geek alert) - what the camera sees and hears is the only thing that matters, knowing how to control the beast like it's an extension of yourself will save your life.

And I love meeting the people. I'm getting to chat to scientists all over the country at the top of their game - it's fascinating and a genuine privilege. The other week I was having dinner with Sir Walter Bodmer and his team in Islay (see the film below) - amazing company (and lovely whisky).

Who's your favourite geek ever?

It just has to be Sir David Attenborough. As a kid I watched this man on telly both obsess and enthuse over the various lifeforms inhabiting the planet and was immediately drawn into his world. He is the reason I became aware of the natural world, he helped inspire my entry into science and the work he still does acts as a source of continuous amazement. I once stood next to him in the Royal Society and was weak with admiration. Even away from animals, his humility and clarity of thought leaves my humbled. David, you rock. 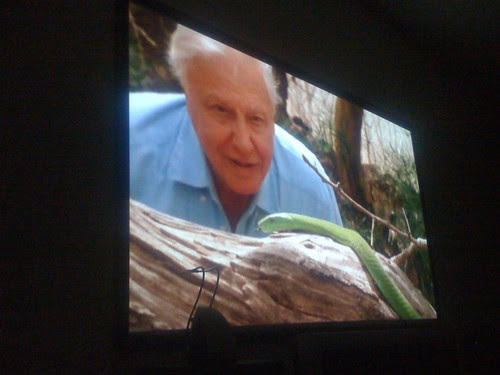